The great painter is going to be the leading character of the Terni Falls Festival 2019, an event which celebrates the famous travellers who visited the area of Terni, Narni and Valnerina during the Grand Tour.

William Turner stayed in Umbria in the autumn 1819.

He made many drawings during his sojourn. Several of them have the Terni Falls as a subject.

They are well documented in the Ancona to Rome sketchbook which is in the Tate Britain’s collection.

Before going to Umbria, Turner had already made some watercolours of the Terni Falls and the Narni Bridge.

Three of them were made in the years 1795-1796, after the drawings of John Robert Cozens. 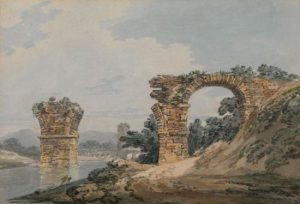 The others were made around 1818, when Turner worked for James Hakewill in order to produce watercolours for engraving.

The final result were two beautiful plates of the Terni Falls and the Narni Bridge published in 1820 with the volume A picturesque tour of Italy.

William Turner reviewed the drawings made by James Hakewill a few years earlier. In particular, he gave to the Terni Falls a more romantic aspect, with the addition of a rainbow.

The choice was inspired by the poem Falls of Terni composed by Lord Byron in 1817. The watercolour is now part of the Blackburn Museum and Art Gallery’s collection. 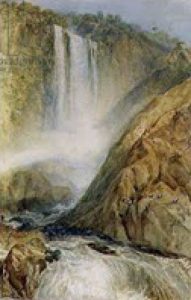 In 1832, William Turner made a beautiful painting as a tribute for Lord Byron’s Childe Harold’s Pilgrimage. It shows an imaginary Italian landscapes, with the Roman and the Medieval bridges of Narni recognisable in the background. It is today part of the Tate Britain’s collection. 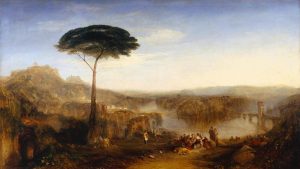 The Terni Falls Festival will take place between Terni, Narni and Cascata delle Marmore in the period 11-20 October 2019.

It will be accompanied by conferences about the painter, open air painting sections, workshops, film projection and a theatre show.

The Terni Falls Festival is also going to celebrate the bicentenary of Thomas Moore’s sojourn in the area. The Irish poet, who also passed from there in the autumn 1819, wrote some beautiful notes about the Terni Falls. Some events will then focus on this author. Local students will play classical Irish music. 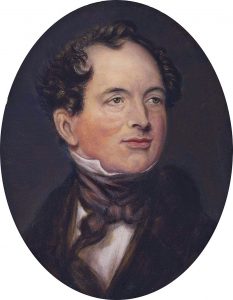 The Terni Falls Festival is organised by the Cultural Association Porto di Narni, approdo d’Europa. The full program will be issued in the next days.